You cannot avoid getting overwhelmed when you are surrounded by 80.000 seabirds! We were met by kittiwake chaos initiated by 3 white-tailed eagles circling above the bird island when we landed the boat on the dock. Hornøya bird island is the easternmost point in Norway, but just a short boat trip from Vardø. At 70 degrees north this is a true arctic bird paradise.

I’m not one of those birdwatchers travelling all over the world to look for a particular species – but this place is not for passionate birdwatchers only. Any wildlife or nature enthusiast would be excited about visiting Hornøya. It is one of the wildest, most extreme places in Europe, yet it is still easily available with boat from the harbour in Vardø. 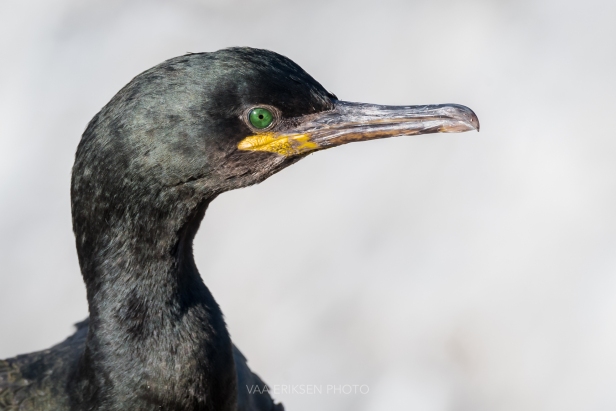 The lighthouse on the island is operational during winter, but during summer it is not needed as the midnight sun ensure daylight 24 hours a day. It is possible to stay overnight on Hornøya in the lighthouse keeper’s cottage. 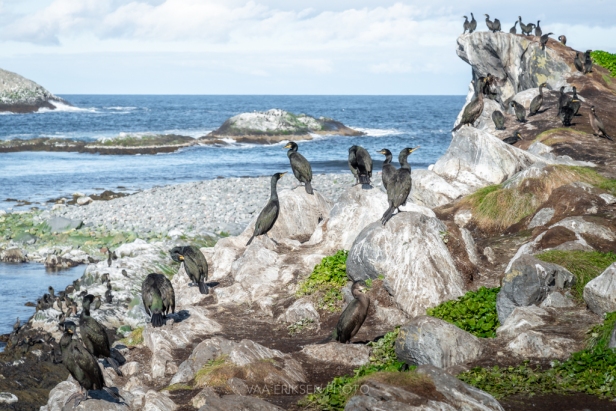 We visited the island in the beginning of August, when the last puffins were about to leave the island and the Guillemot chicks had made their big jump of the cliff. But the island was still packed with what I believe is European Shags – and I got some really nice close up photos.

Next time I will go back in spring when the puffins have just arrived to experience the famous ‘Puffin Fight Club’ – when they fight for the best nesting burrow on the island. And maybe I’ll consider spending the night in the light house.