Vardø and the Varanger Peninsula – in the extreme northeast of Norway. At the border of Russia. Where the road ends.

What is there to find is such a remote location? I will tell you – a scenery taken straight out of Game of Thrones and a quaint fishing village with so much charm you’ll never want to leave.

Vardø is also where you need to go if you want to visit the Bird Island Hornøya to be surrounded 80.000 seabirds. More to come on Hornøya in a later post.

Vardø has a 1000 year history capturing everything from the Pomor trade to witch craft and fisheries. Today about 2000 people live in this arctic municipality. That Vardø has an arctic climate is supported by the need for woollen underwear even during summer, the average temperature in July i 9.2 C. 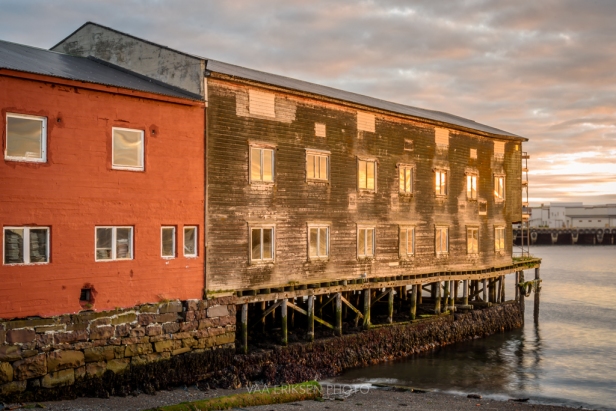 Even though the fishing industry is less important than it used to be it is still a large part of life and culture. Walking through the harbour shows a mix of old retired fisheries and modern industry.

Old ramshackle along the coast

One of the places you don’t want to miss is Steilnes Memorial – also called The Witches’ Memorial. It takes us back to a gruesome period of witch trials held in Finnmark during the 17th century.

91 victims where accused of witch craft and burned. Inside the memorial building you can read the stories of each and one of the victims. The witch trails happened all over Europe, but relative to the population a large number were burned in Finnmark.

From Vardø we decided to take a day trip and drive along Barents Sea following the National Tourist Route to Hamningberg. The landscape is barren in this arctic climate zone, but you will find serenity along the road.

I was amazed by the scenery, a narrow road winding like a snake surrounded by sharp rocks. I wouldn’t be surprised if John Snow showed up around the next turn…

The road to Hamningberg

At the end of the road you’ll get to the former fishing village Hamningberg. Hamningberg was, unlike the rest of Finnmark, not destroyed during WWII and you will find old traditional houses here.

Looking around not seeing a single tree you might question where the old lumber buildings came from. During the pomor trade, which is trade between Russians and the people along the coast of Norway, the Norwegians traded fish for lumber and corn.

Back in Vardø we stopped by the star-shaped Vardøhus fortress. It is the northernmost fortress in the world and was built to guard the boarder towards Russia, but has had a fairly peaceful history.

Vardø is far above the arctic circle and has 2 months of darkness every winter. When the sun can be seen again in the end of January the fortress fires two salutes to celebrate. 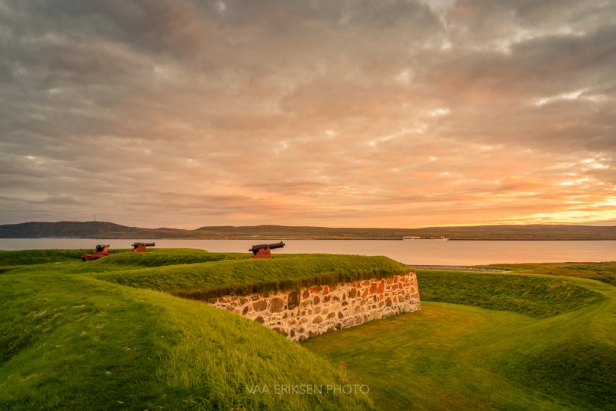 Before leaving we took a final walk down to the harbour to enjoy the charming old buildings, the colourful fishing boats and street art on the buildings. The street art is a result of Komafest, which is an artistic project by street artist Pøbel 55 where building walls were covered in art work.

47 thoughts on “Vardø and Hamningberg – The arctic extreme”