While visiting Vancouver Island one of the main attractions is whale watching, and especially the orca (or killer whale) is on everyones wishlist. It was no different for me. I had seen these guys from a distance before while visiting Kenai Fjords National Park in Alaska. What we got to experience in Strait of Juan de Fuca far exceeded anything I could have hoped for.

We had booked our trip from Victoria and it didn’t take long before we saw our first whale – a humpback. We were visiting in September and during this period there is a high chance to spot humpbacks as they are migrating south from Alaska to Hawaii.

There are many companies offering whale watching and they all want their customers to see whales – and the best way to ensure this is by cooperating. So we soon learned via the radio that a larger pod of orcas had been spotted. Our captain headed in that direction and we all had our fingers and toes crossed.

As we approached the orcas I was astonished by how many they where. My dear hubby had taken the role as photographer this day – and I could just enjoy watching these beauties!

In the North Pacific there are three distinct types of killer whales are recognized: resident, transient and offshore orcas. There are two resident populations of orca on the Northeastern Pacific coast and it was likely one of these pods we were having the pleasure of meeting.

Before you go on a whale watching tour you should know the guidelines are for all boats to keep a 100 metres/yards away from the whales. A telephoto would normally be required to get any close-up photos.

Often the captain would drive ahead off the pod and turn off the engines while we watched them pass our side from a distance. I captured a small video of this – it is pretty amazing – you can hear the orcas breathe. Even the guide (who you can hear talking in the video) was amazed and she had probably seen this many, many times before.

Check out this 30 second video for your own private whale watching tour from your sofa.

We were sitting in the boat with engines turned off as the whales suddely made a 90 degree turn and came directly towards the boat. Should the orca for some reason get within the 100 meter rule the guidance is to place engine in neutral and allow whales to pass. They were not obviously not planning on changing direction at all and dived directly under our boat. I could see the black and white shadow of the orca as it passed under us. I was ecstatic!

When I thought things couldn’t get any better they did. As we were following this one pod of orca another pod showed up. And magic happened! It was evident that these two pods were happy to see each other. We started seeing all kind of fun orca behaviour like breaching, spyhopping, tail-lobbing and fin slapping.

Breaching is just the whale-word for jumping. No one knows why orcas breach – some scientists say to communicate, some say to get rid of unwanted parasites on the skin. Since breaching occurs most when the orcas are socialising, many think they just do it for fun! I tend to agree with the last theory – based on my own observations this day.

Spyhopping it is when an orca lifts its head out of the water. Scientists think orcas do this to take a look around, which makes sense. We didn’t get any good photos of the breaching (you have to be faster then lightening), but did get this one of an orca peeking above the water.

I could go on and on about my excitement, but think I will just round off the orca part with this one last photo. We had more than 600 photos to sort through after this tour…

The whale watching tour ended with a trip around Race Rocks Lighthouse as the sun started to go down. The lighthouse is just outside Victoria and was first illuminated  in 1860.

The area around the lighthouse is designated a Marine Protected Area and has an abundance of wildlife. We saw lots of steller sea lions and adorable sea otters.

I was truly grateful to have had this experience. The orca has always fascinated me and getting to see them up close and see their social behaviors was very rewarding.

What is your most rewarding wildlife moment? Please feel free to share, I’d love to hear about it. 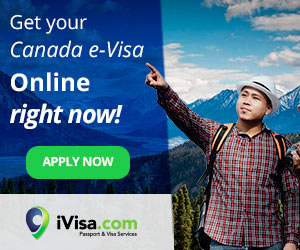 123 thoughts on “Killer whales rocked our world on Vancouver Island”

Happy to see you visiting – welcome! I´m an outdoorsy girl with a preference for off the beaten track destinations. I combine this with a passion for photography. My life is at 69 degrees north – far above the arctic circle –  explaining the name of this blog. Would love to have your company following life in the north.